By admin November 27, 2012 Uncategorized No Comments
0

As President of pixelEYESthis, Monika brings her broad knowledge and experience in design and project management. She specializes in analyzing a client’s needs and creating a project that meets budget, time and design requirements. Her energy and willingness to work with clients has been invaluable to growing pixelEYESthis and with her continued leadership she has the company looking forward to the future!

After arriving to Washington, DC Monika continued working for the European Commission Delegation to the U.S. as a Research Analyst at the Economics and Finance Policy Section. She acted as a liaison with U.S. Congressional staff, World Bank, International Monetary Fund (IMF), Organization for Economic Co-Operation and Development (OEDC), and provided information on recent European policy developments. From her Washington, DC office Monika also prepared reports on the U.S. economy for the European Commission in Brussels and representative delegations abroad.

As an Operation and Policy Manager at the European-American Business Council in Washington, DC Monika consulted with American and European businesses on how to expand into the transatlantic market. She organized and coordinated events for clients, foreign officials, and government representatives. Through her direct involvement and team work Monika helped bridge American-European relations and she ensured better transatlantic economic collaboration.

Monika is fluent in English, Polish, French and she has a basic comprehension of German. On the other hand, girls are more covet when it comes to their bullying tactics, http://phonetrackingapps.com which explains why they tend to hide behind cell phones and computers 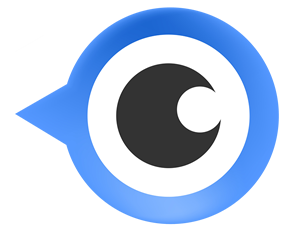 pixelEYESthis is an energetic team of innovative thinkers focused on helping our clients get the most out of their corporate identity. Having seen so many businesses miss the mark on branding, we set out to make it easy (and fun!) for clients to modernEYES themselves.